Four hours in the other direction

Have you seen Highway 1? Louisa and Baxter hadn't. There's a lot of tourism and traffic along the coast and not too many free places to camp, but once you get past Big Sur there's some fun to be had. A couple years ago I explored some of these forest roads on the motorcycle, but hadn't been back since getting the truck.

With the snow to the North and East, it was a good time to go South. We left San Francisco and found adventure after 4 hours of driving and some coffee. 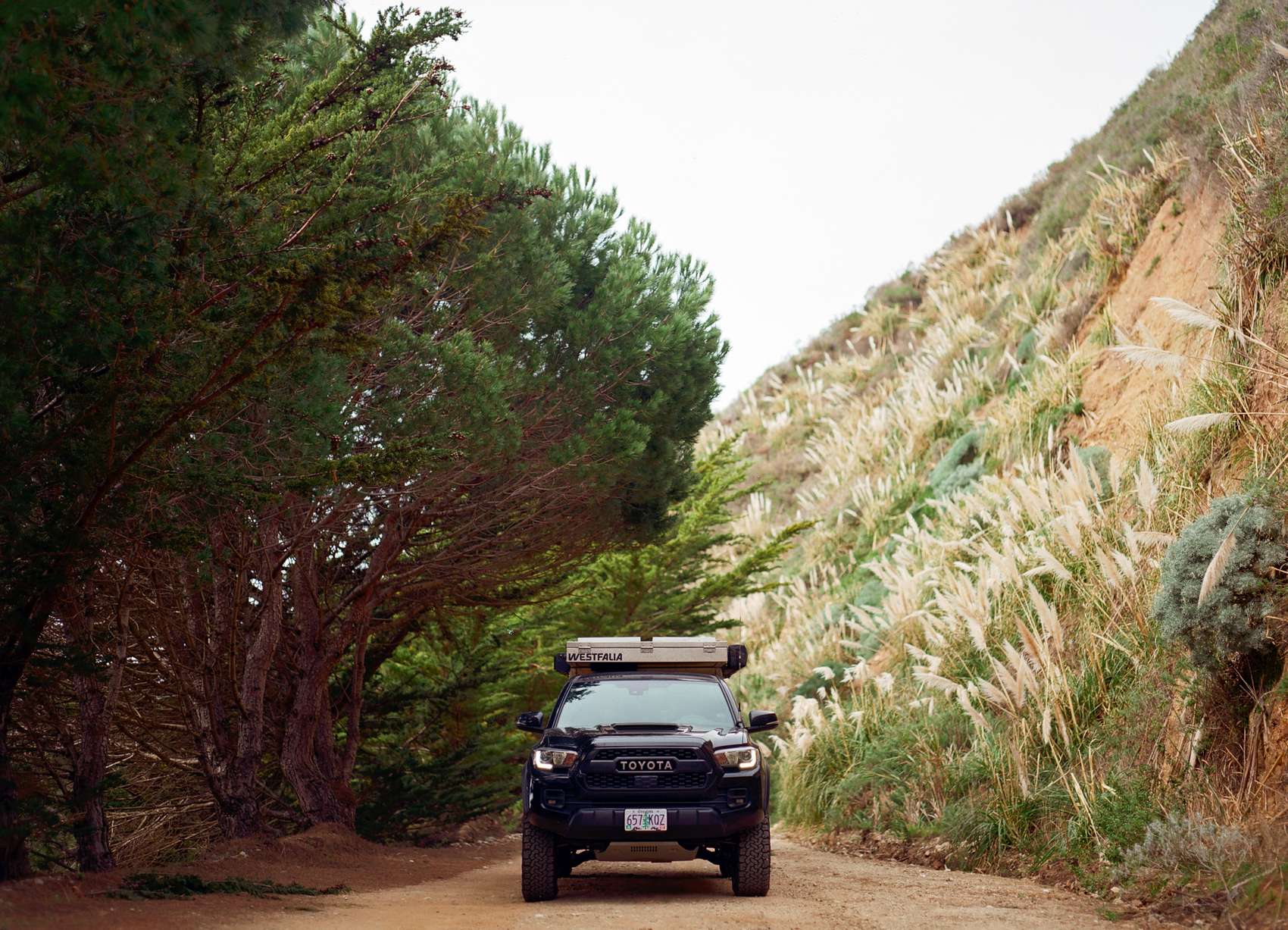 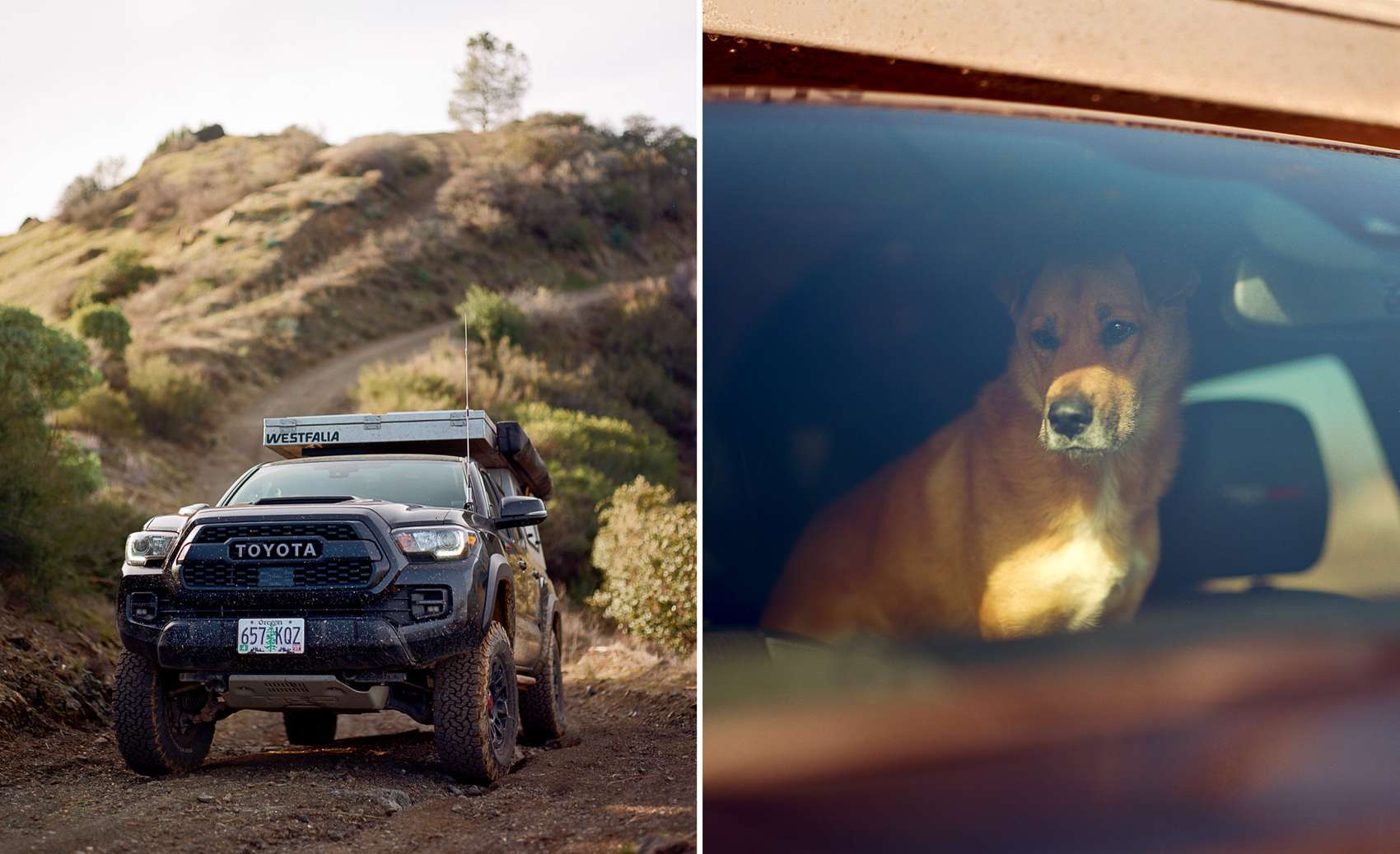 The last couple trips were basically rescue missions and not a lot of time to relax and explore. This weekend was the opposite. We finally had the dog back and a couple days with nothing to do. The plan was to drive South and just find a place to make dinner and sleep. Our friend Clyde recommended an area to check out. We followed 40 miles of random lines on GAIA that looked to go in the right direction.

Along the way we dropped pins on places that would be nice to camp someday. We're thinking about moving to Colorado this year, so 'someday' might be a while :) 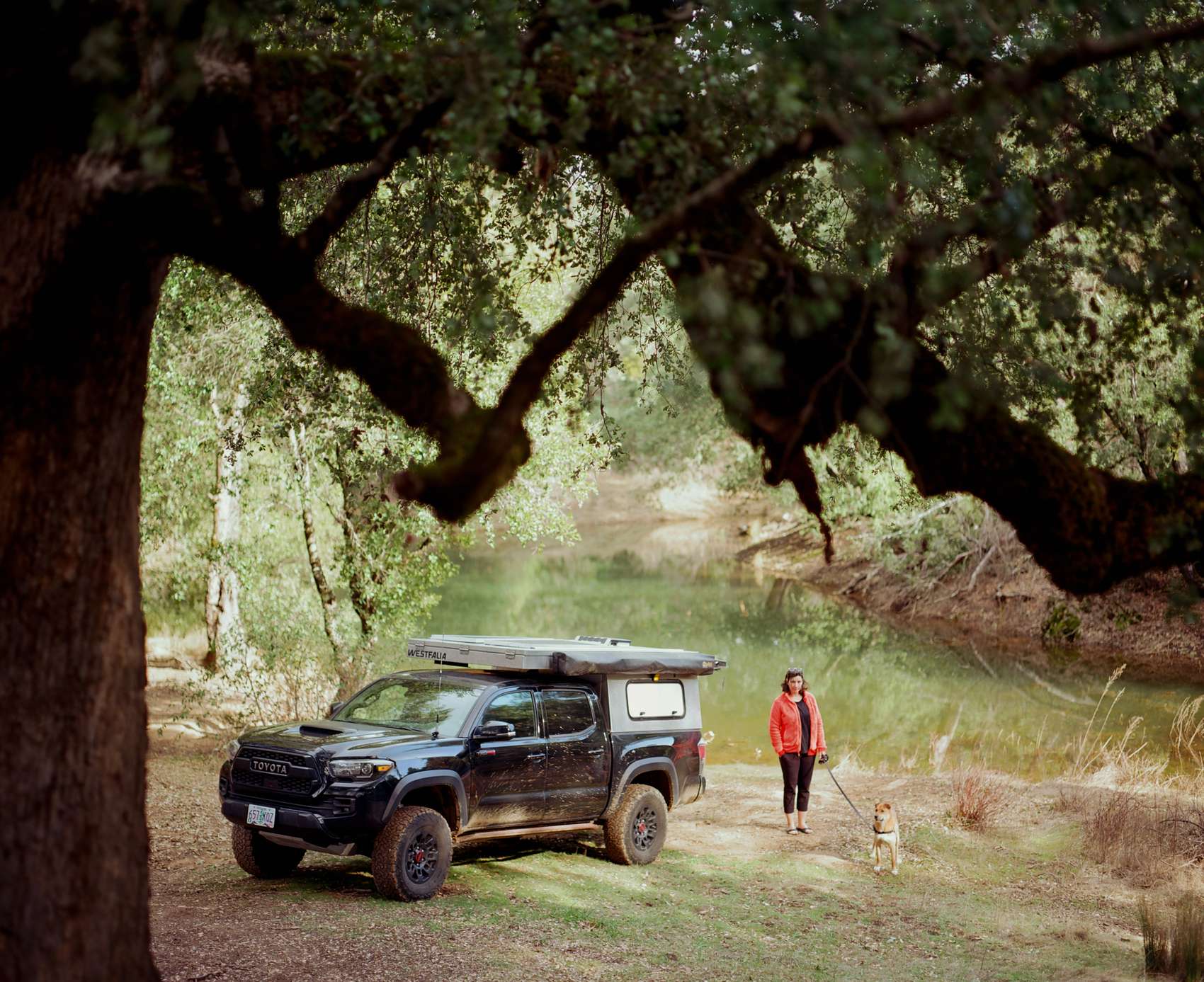 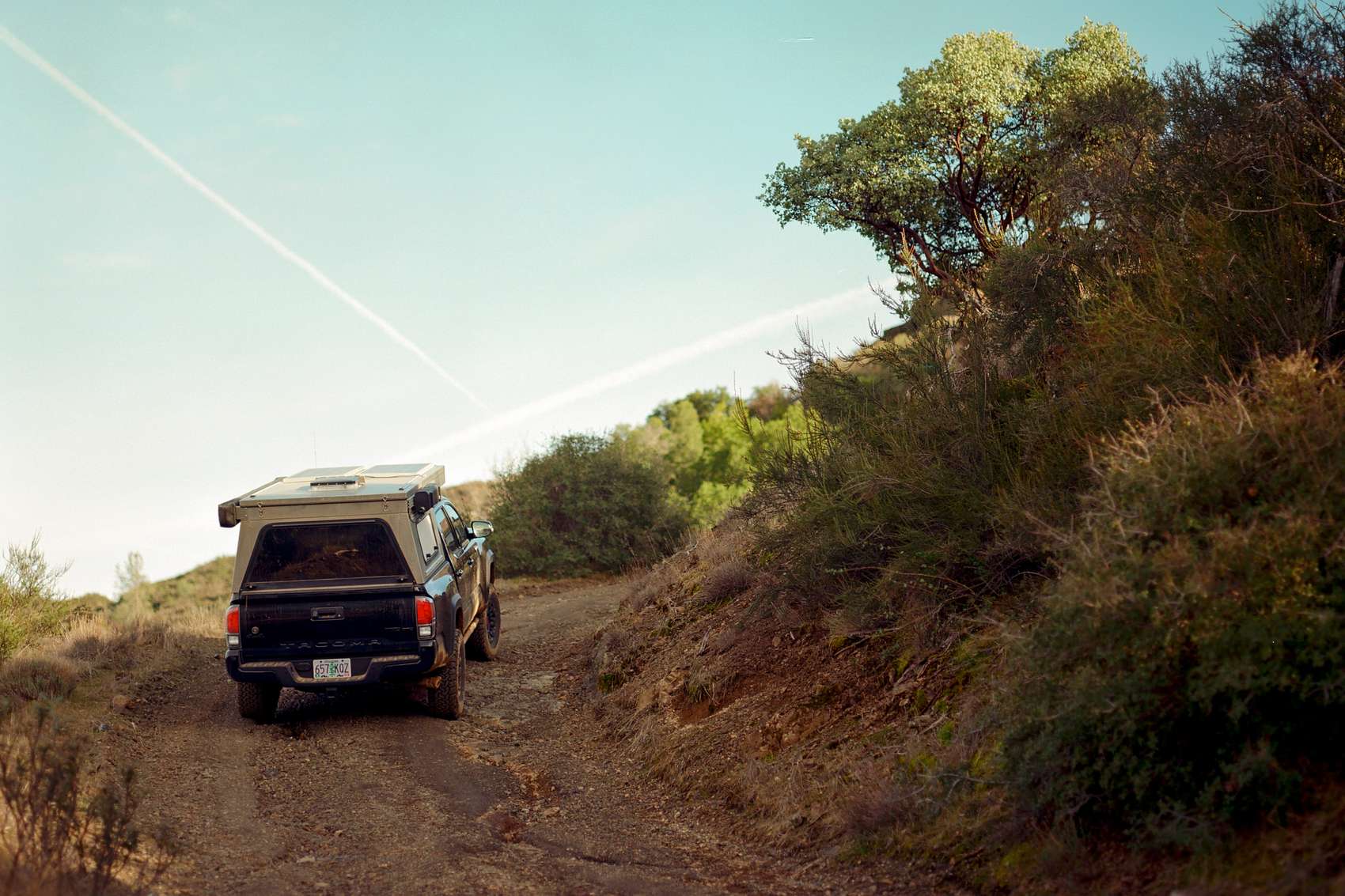 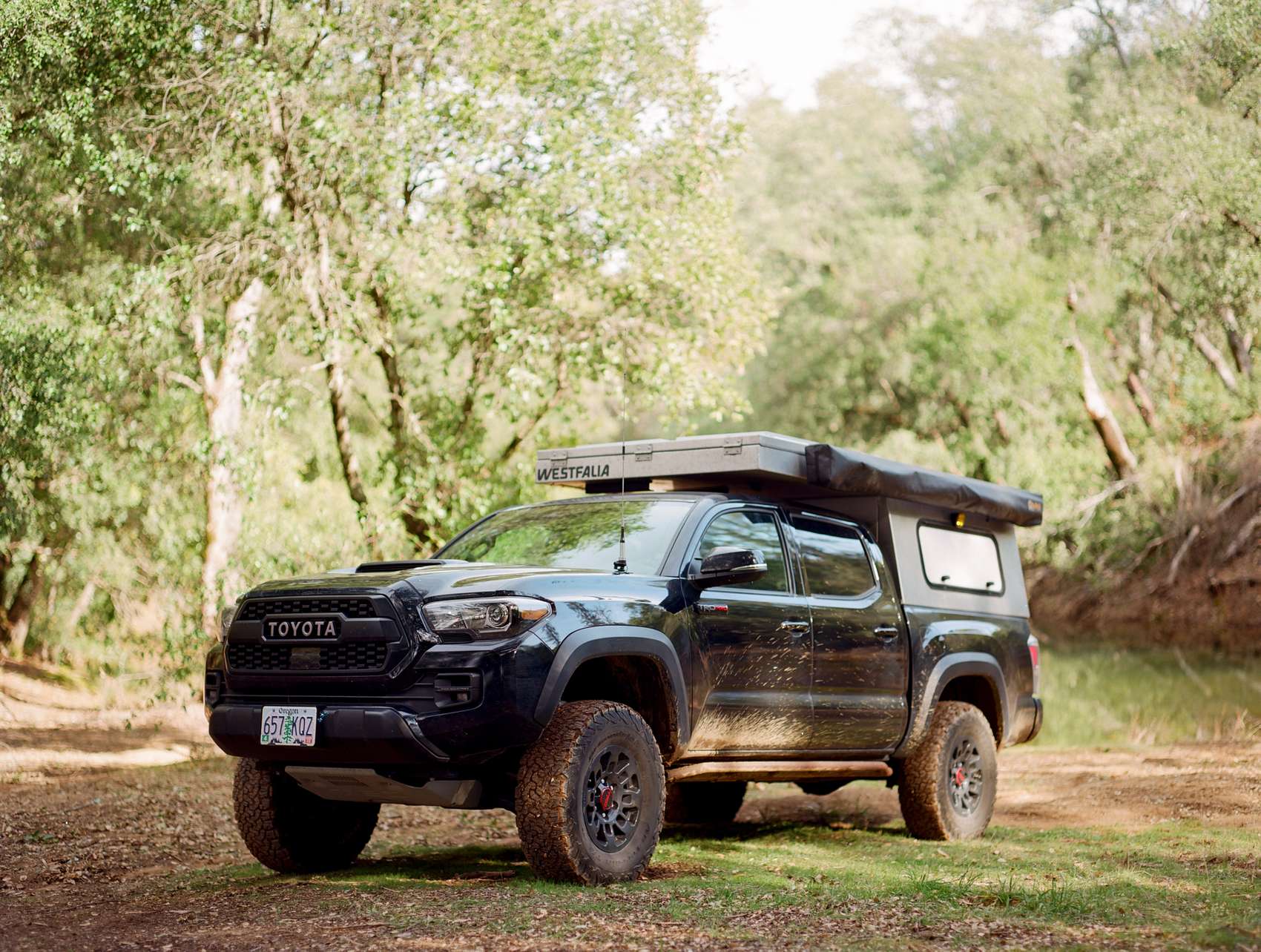 The name of the road changed three times and it dropped up and drown the ridge, but we stayed mostly parallel to Highway 1. This would be a fun way to skip 9 miles of highway if you were heading up the coast and had a lot of time to kill. 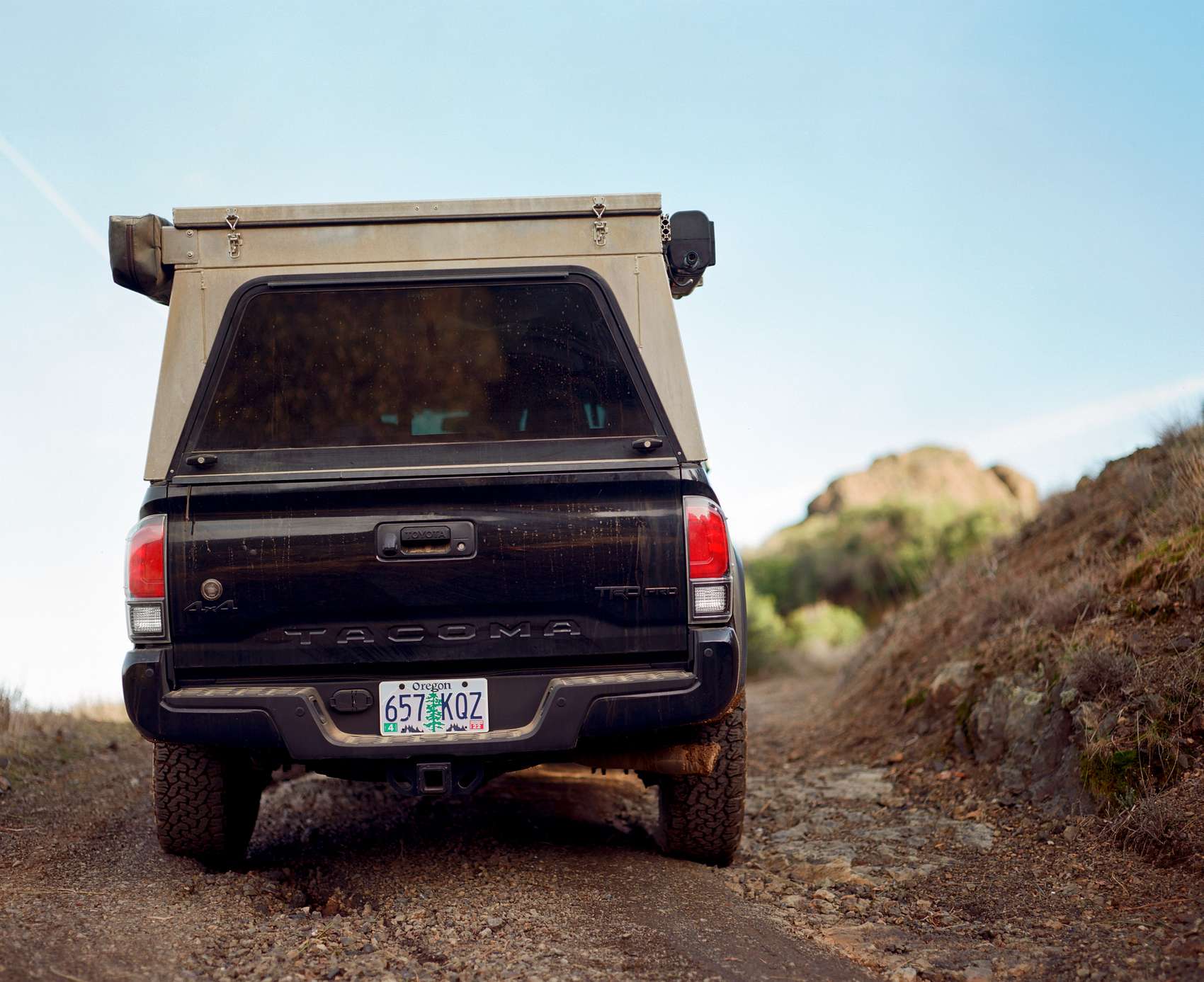 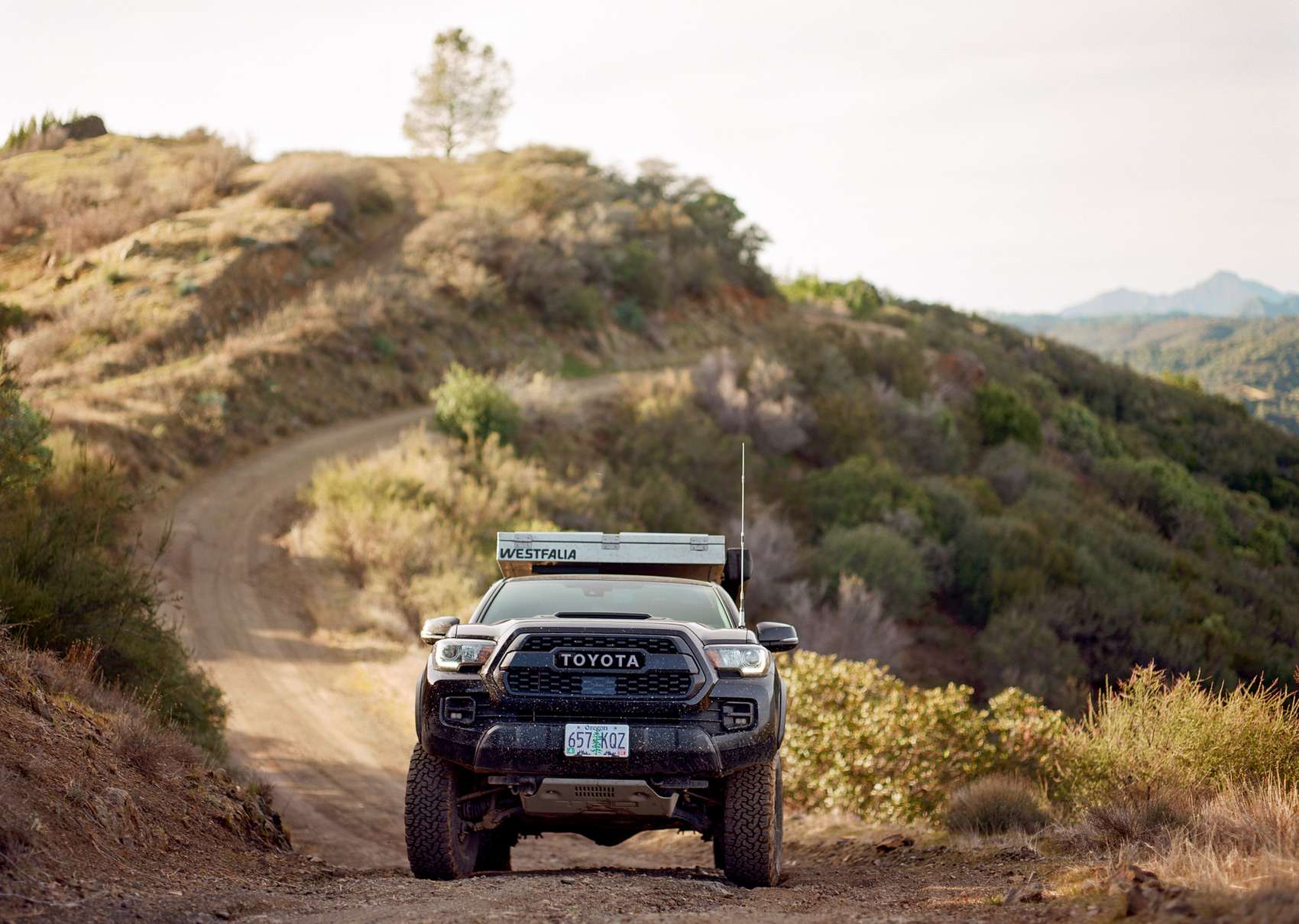 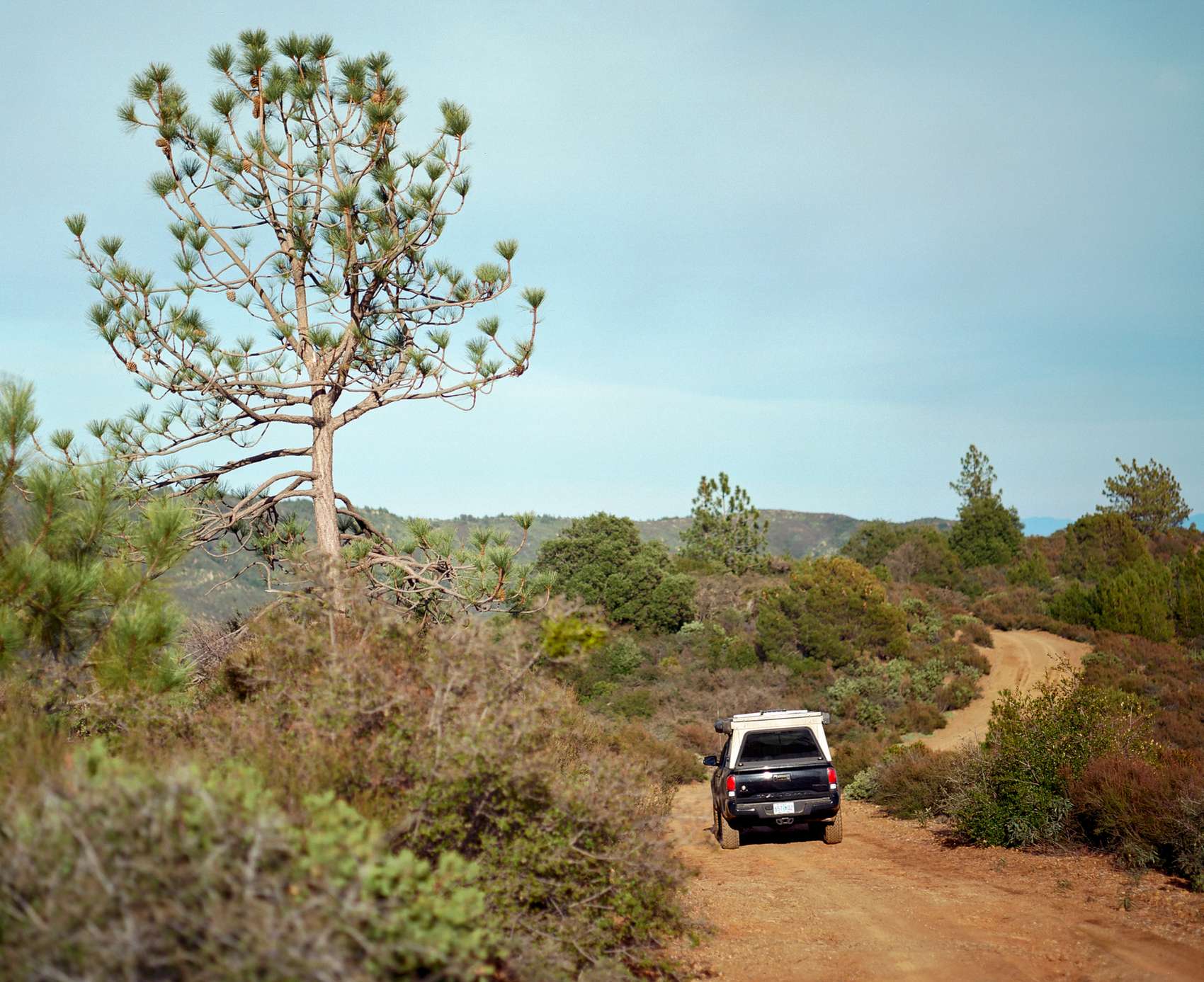 With our Johnny Cash compact disc on repeat, we continued for the next couple hours in solitude, waiting for the sun to start dropping for the night. We explored some tight tangents and enjoyed a couple exciting moments that involved careful reversing and permanent paint damage. The passenger side now has an awesome pinstripe! 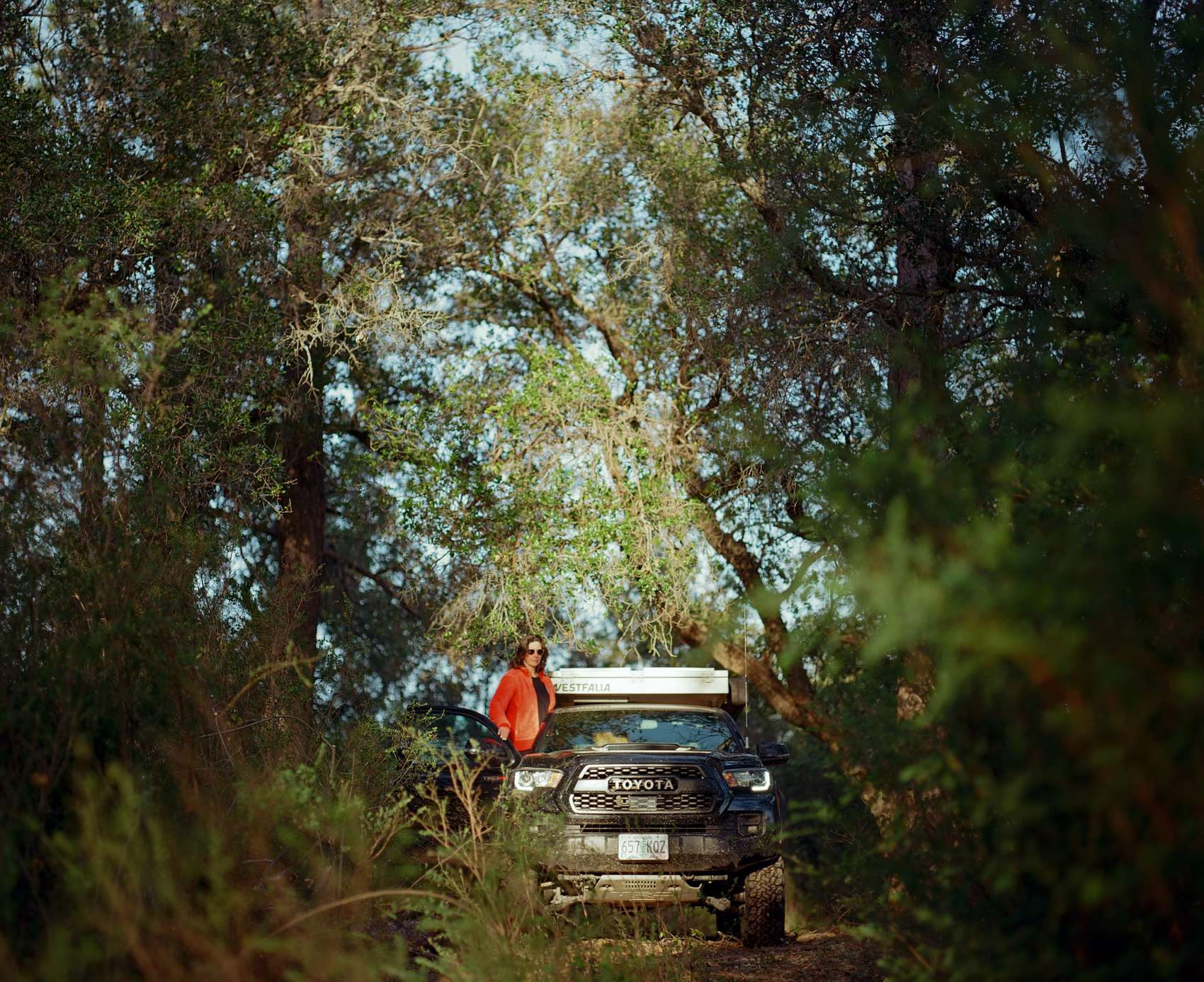 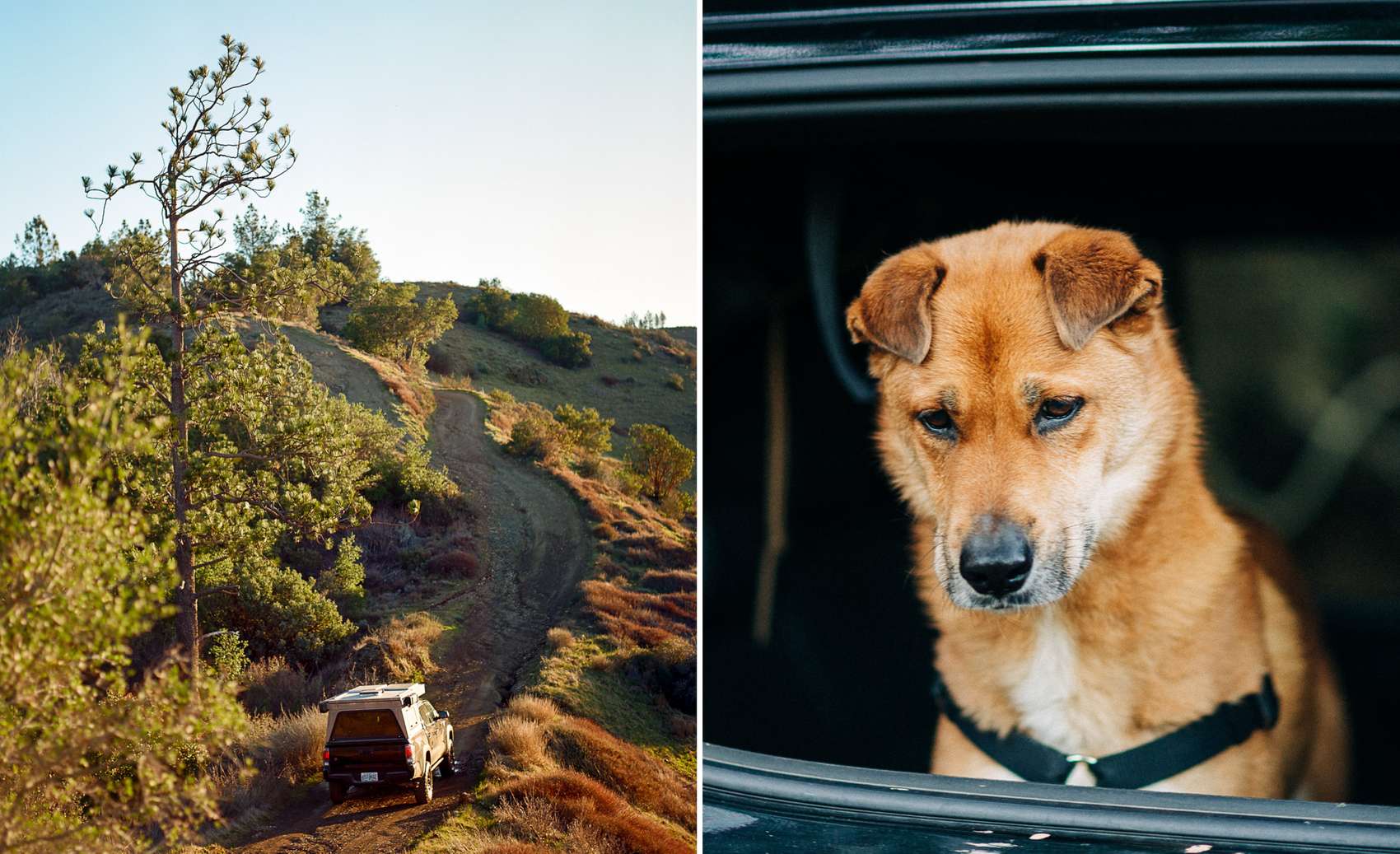 After waving to a few fellow campers, we continued to the end of the road so we could have some privacy. We hadn't see people all day, but once we got closer to the highway, we started seeing people everywhere. The coast is popular.

We found a nice spot in the trees - no view of the ocean, but great wind protection and lots of green things to look at. Louisa and Baxter went on fire duty as usual and I cooked eggs and bacon for dinner. We watched an episode of The Umbrella Academy on Netflix and went to sleep around 9. 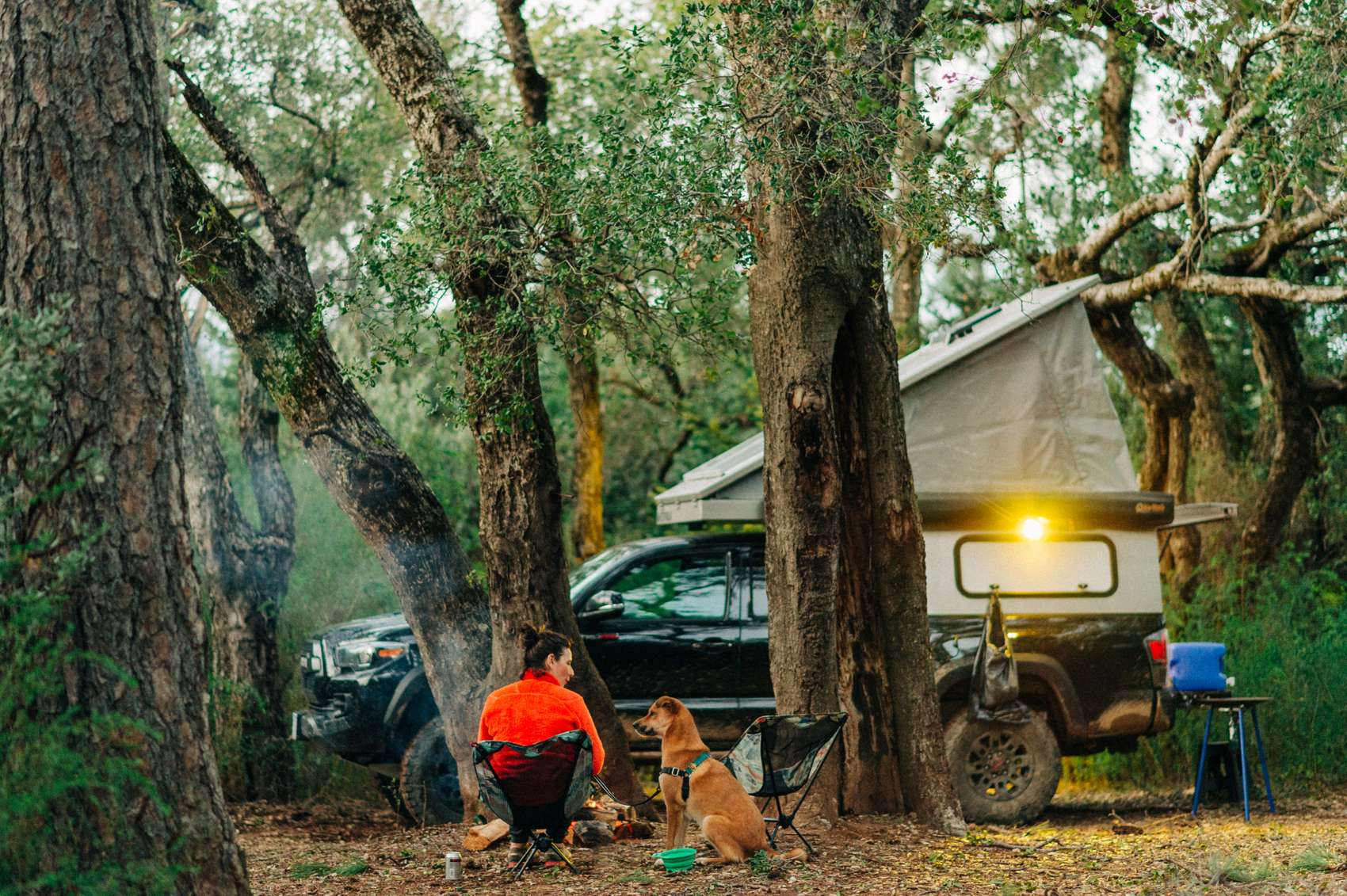 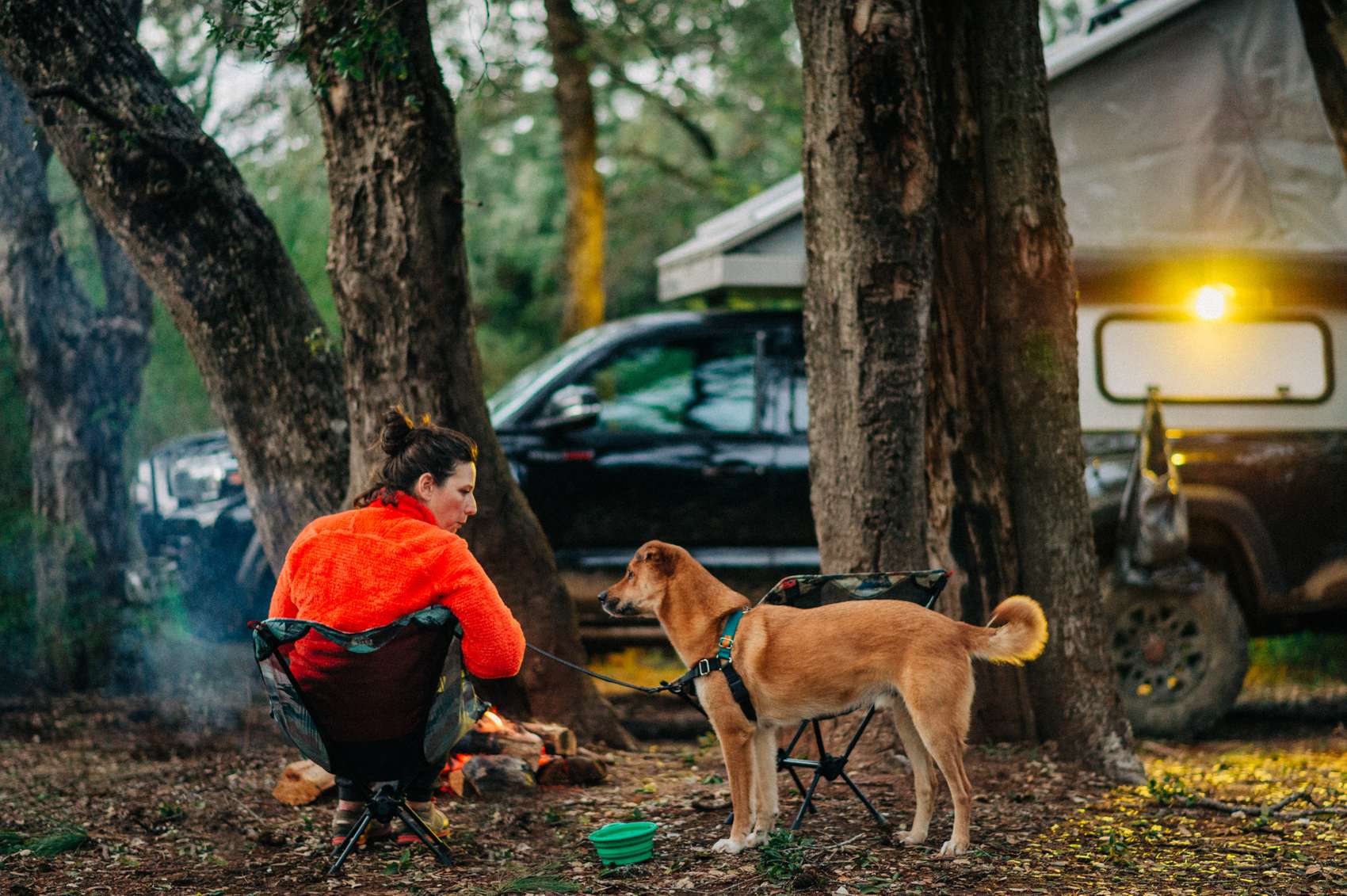 The sun is rising earlier now, so we rose earlier as well. I think we were up at 6 and decided to pack up camp and head out without even making coffee. We don't eat breakfast anymore, so mornings are snappy if we skip the caffeine. Baxter is still on the breakfast routine, so we took a few minutes to get him fed. 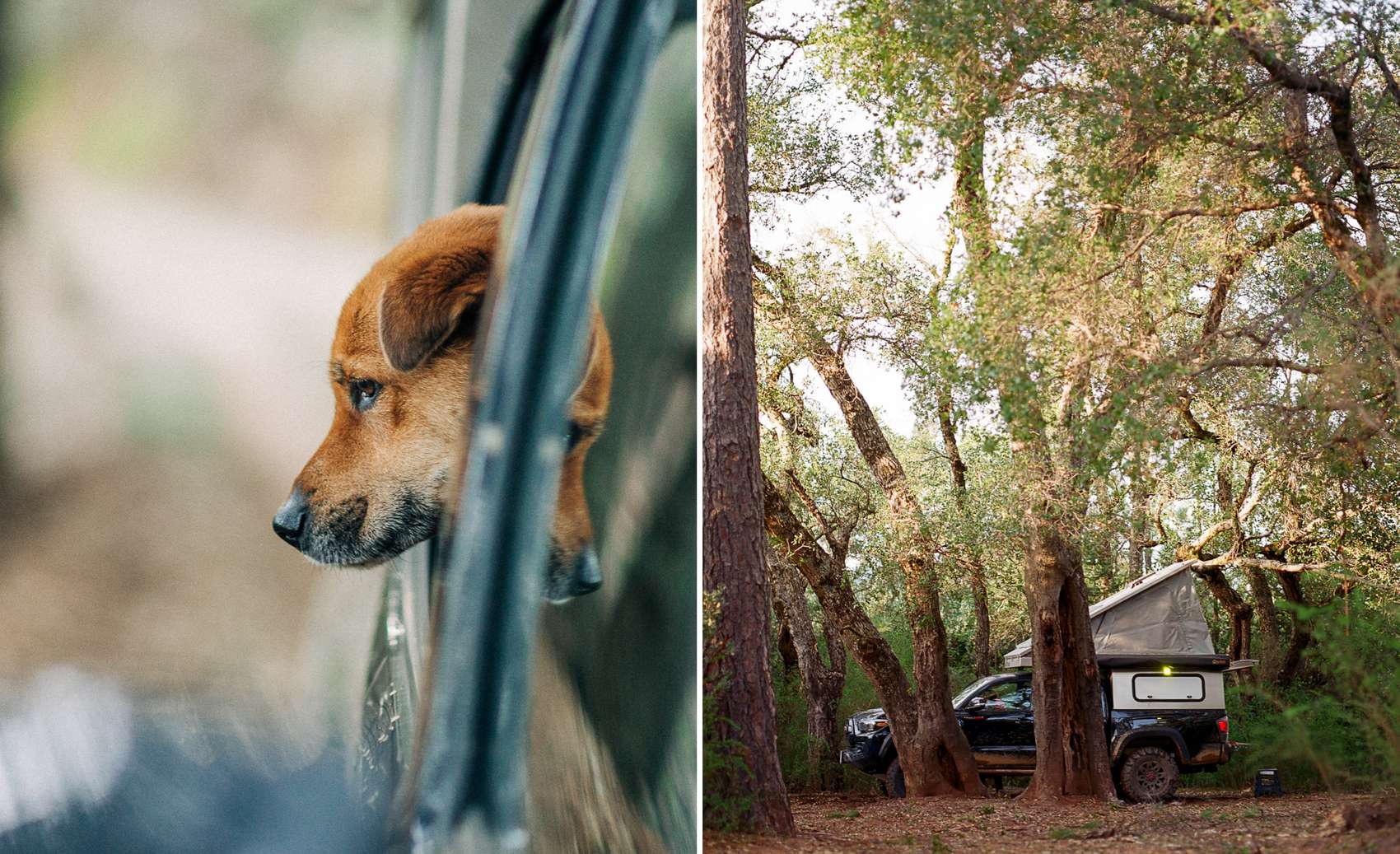 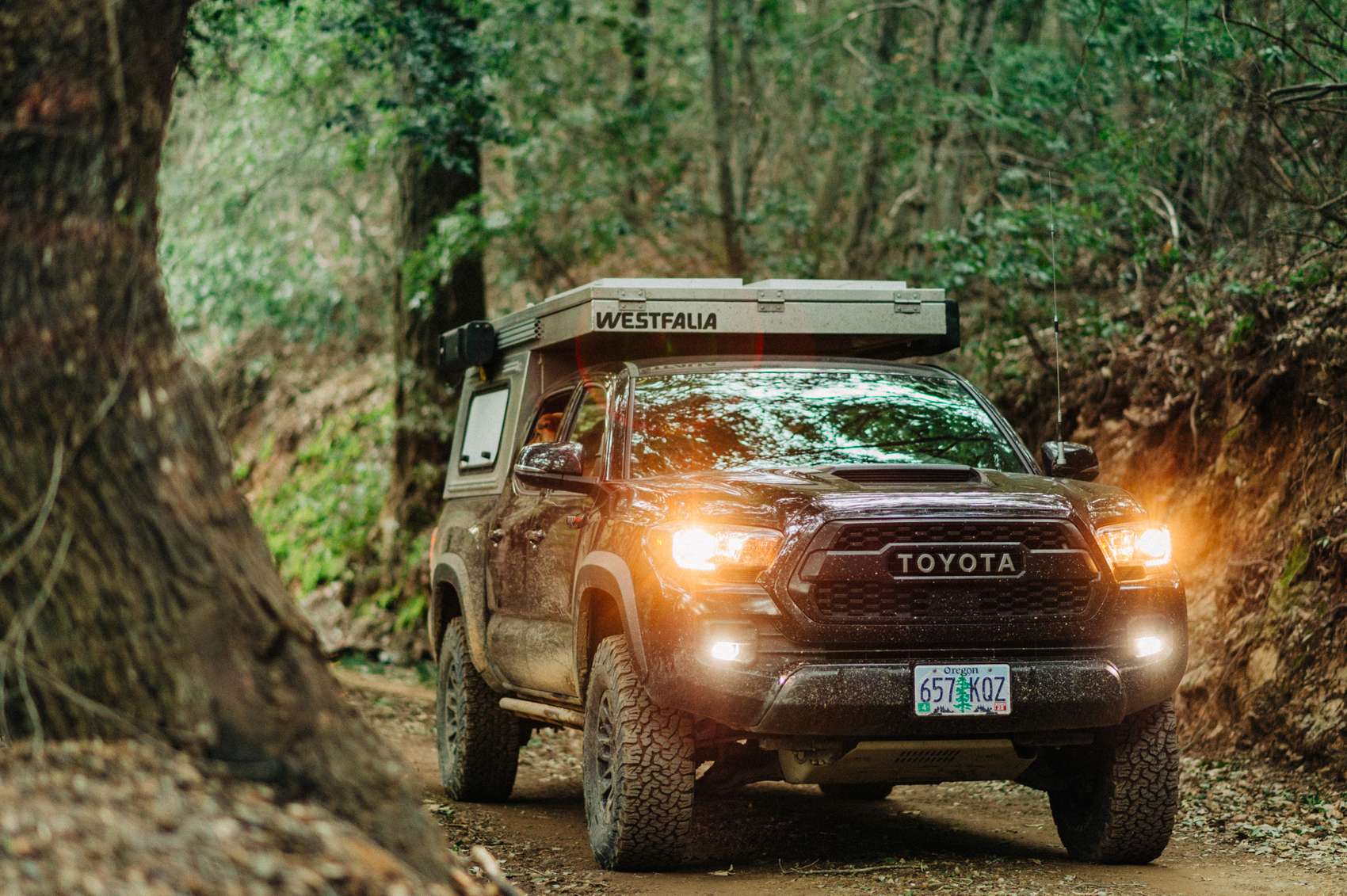 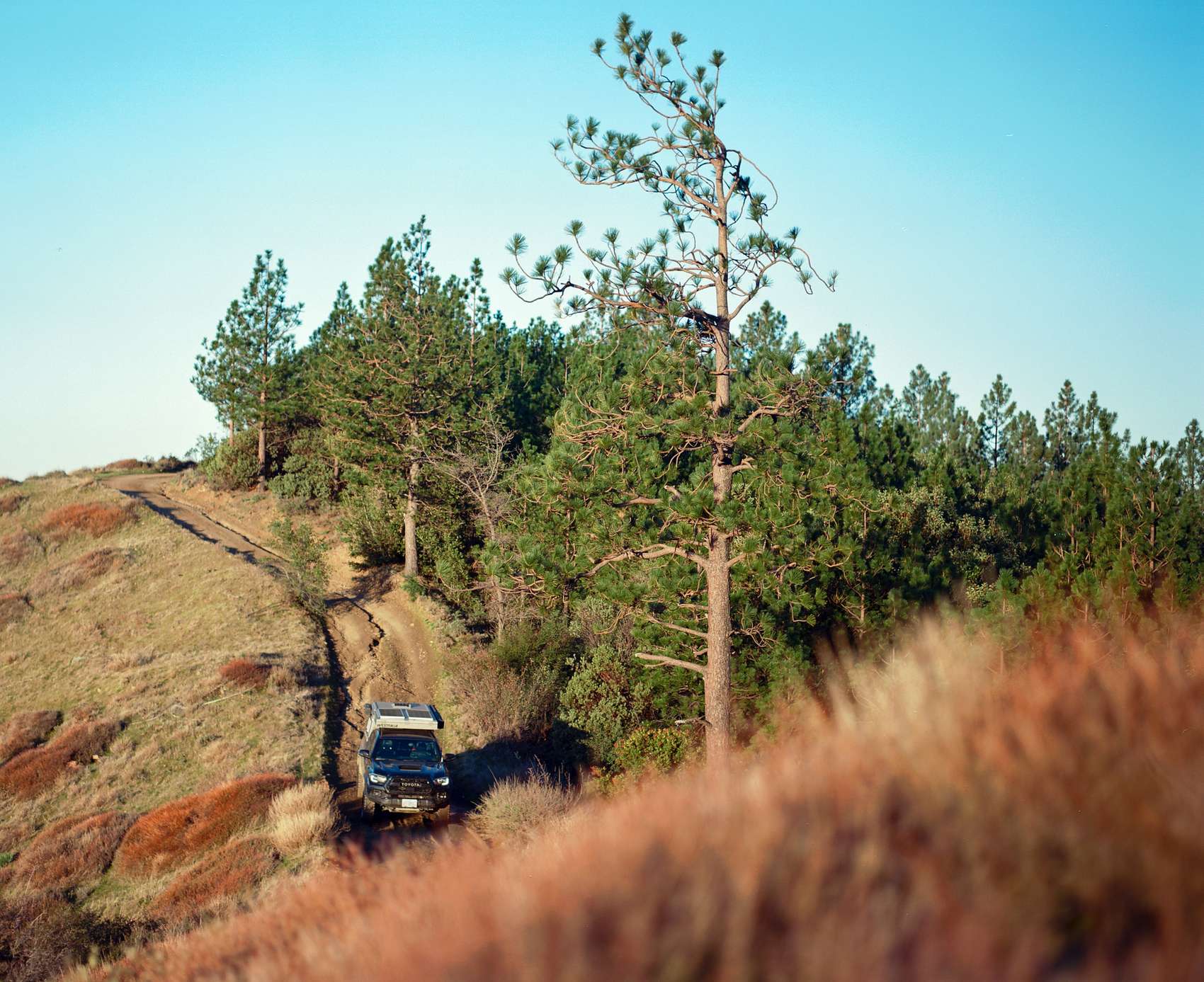 Instead of driving the entire road in reverse to get back out again, we decided to continue further down a different road to the South that looked to connect back to the highway... and it did. We ended up making a nice little loop and saved some time in the process.

It took us 3 hours to get to camp and about an hour to get back out. The roads coming out of camp were smooth and fast. A couple hikers we passed even made facial expressions and hand gestures that suggested we may have been going too fast. 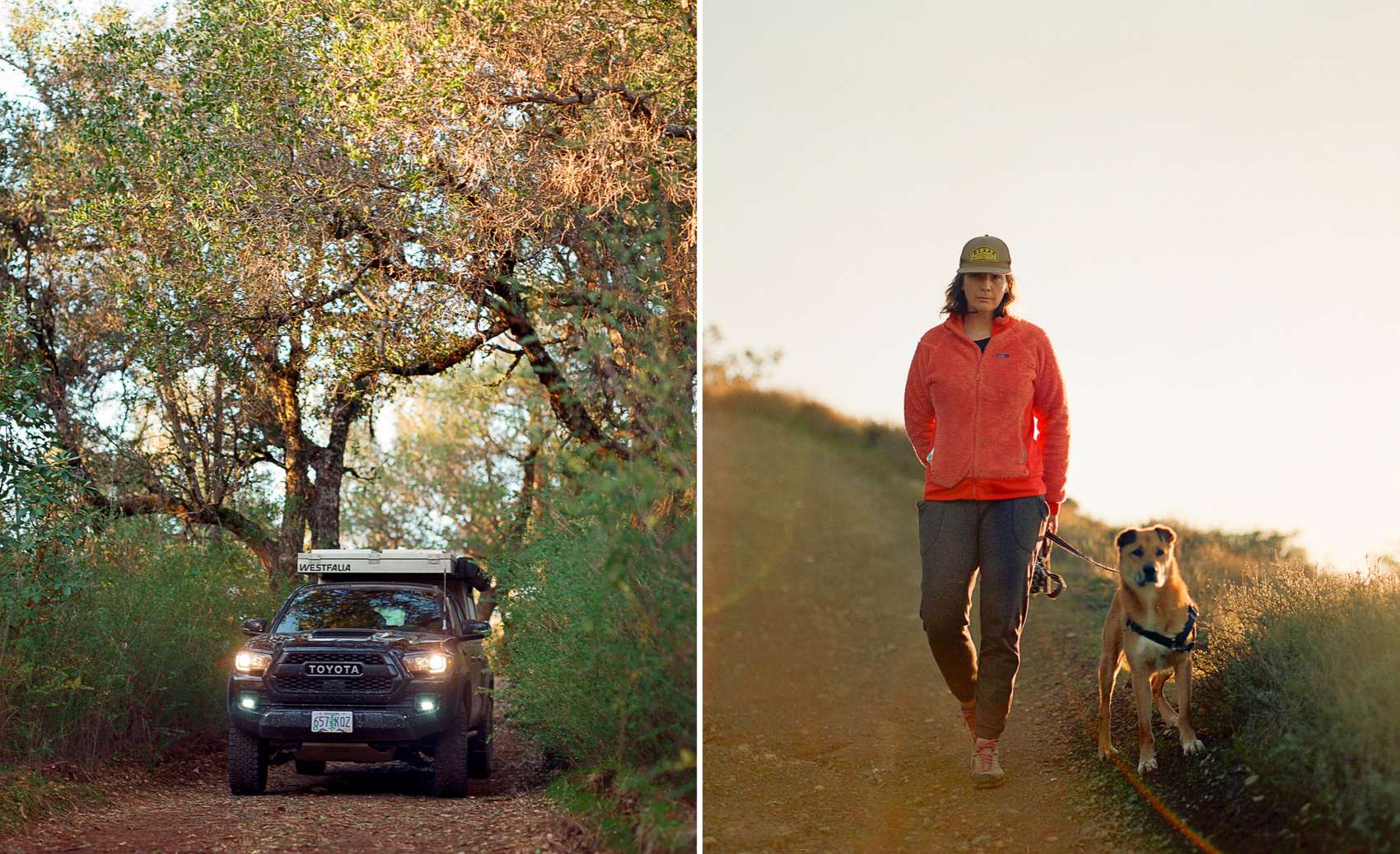 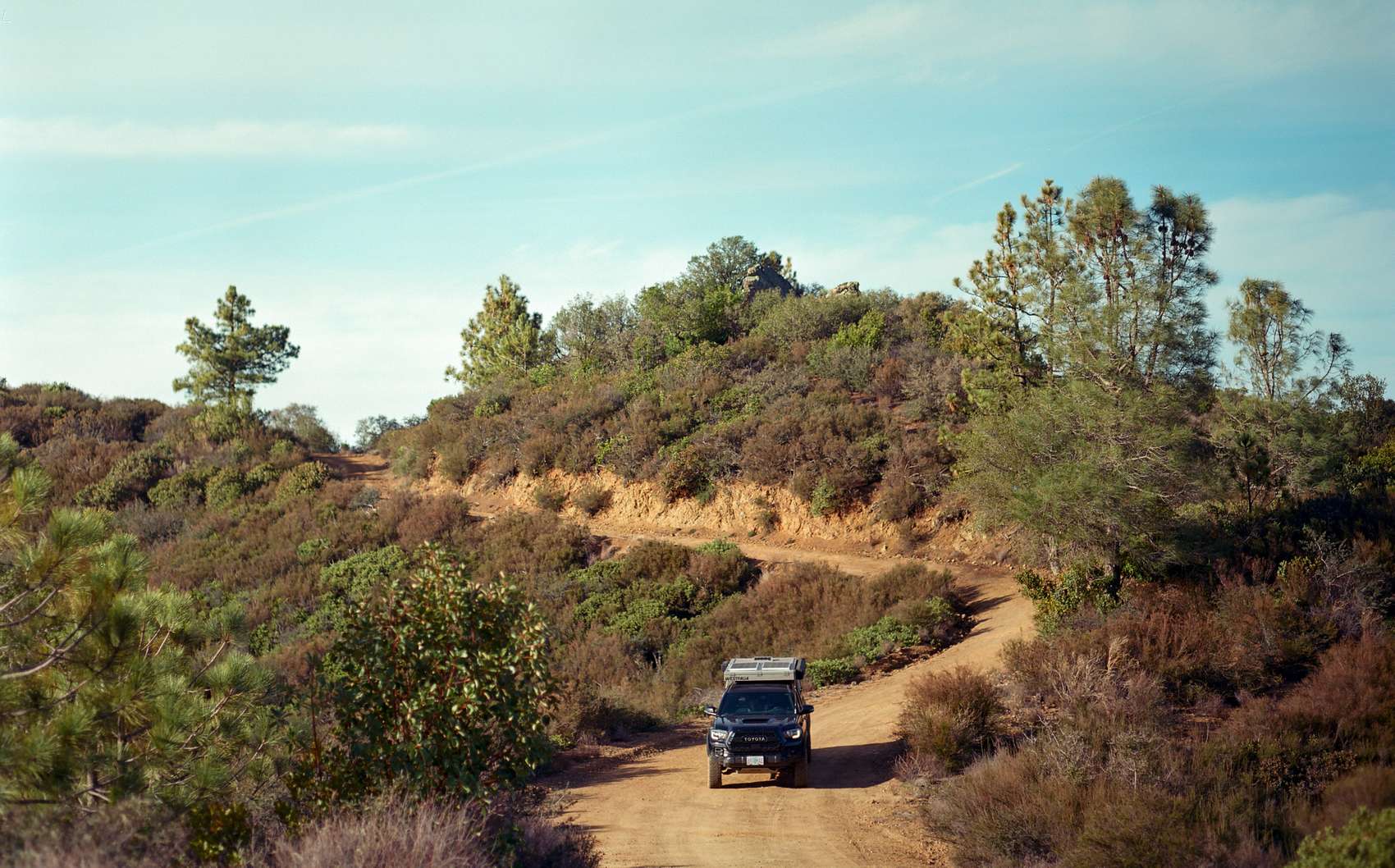 If you look real close at this next photo of Baxter (just below the window), you can see some of that beautiful pinstriping I mentioned earlier. 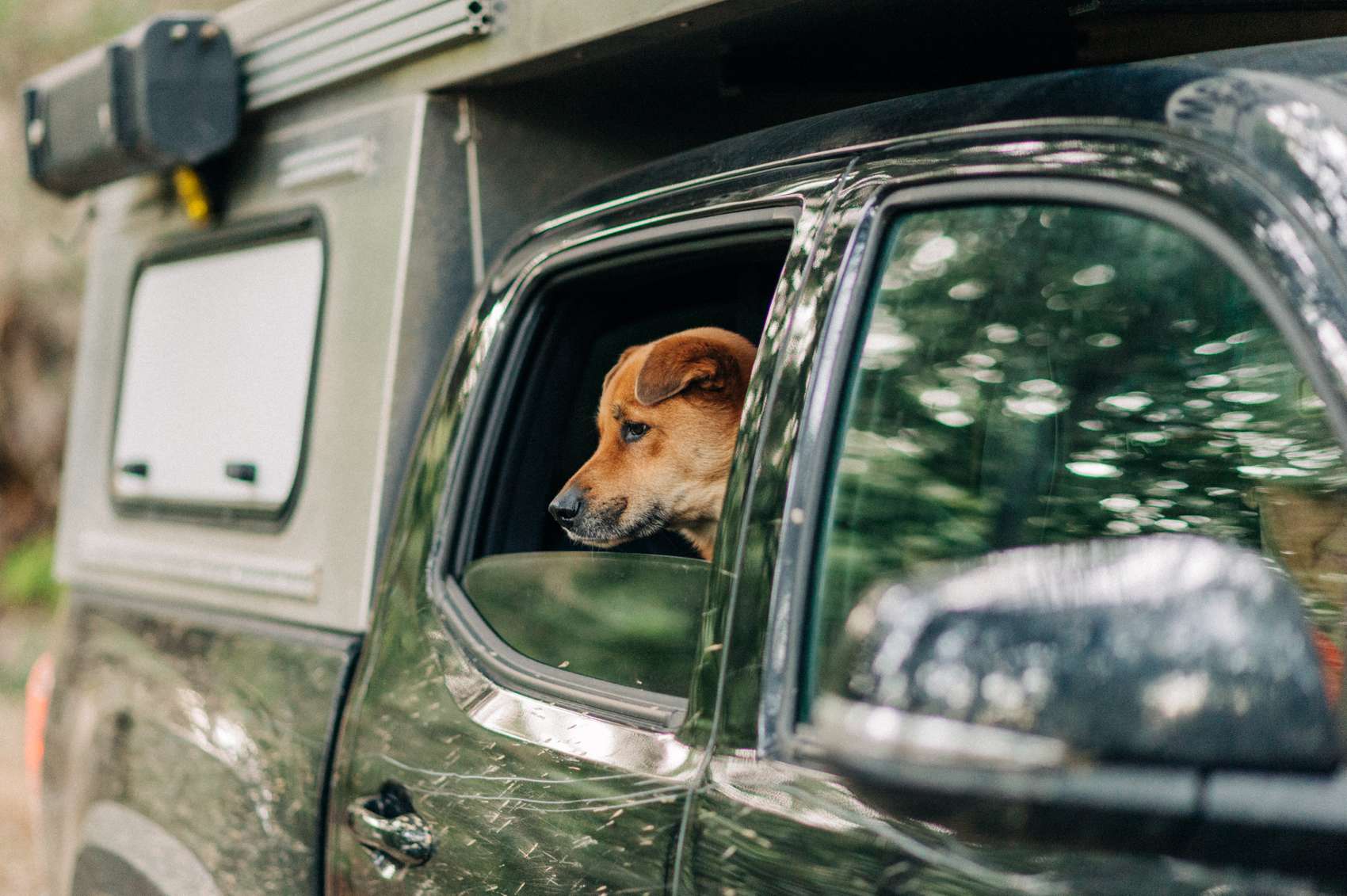 Back up the coast

We eventually made it to Highway 1 and droned it back North to SF, arriving home around 2. Traffic was light and the drive was easy. We stopped in Santa Cruz at the "You Do It Car Wash" to get the truck ready for the next adventure.

Roaming Lost is coordinating a cleanup event near Joshua Tree in a bit over a week and I think that's where we're headed next. The drive is a bit long, but it will be fun to do some cleaning and meet some folks from the internet. If you have some trash bags and want to join this (free) event, the details are here: roaminglost.co 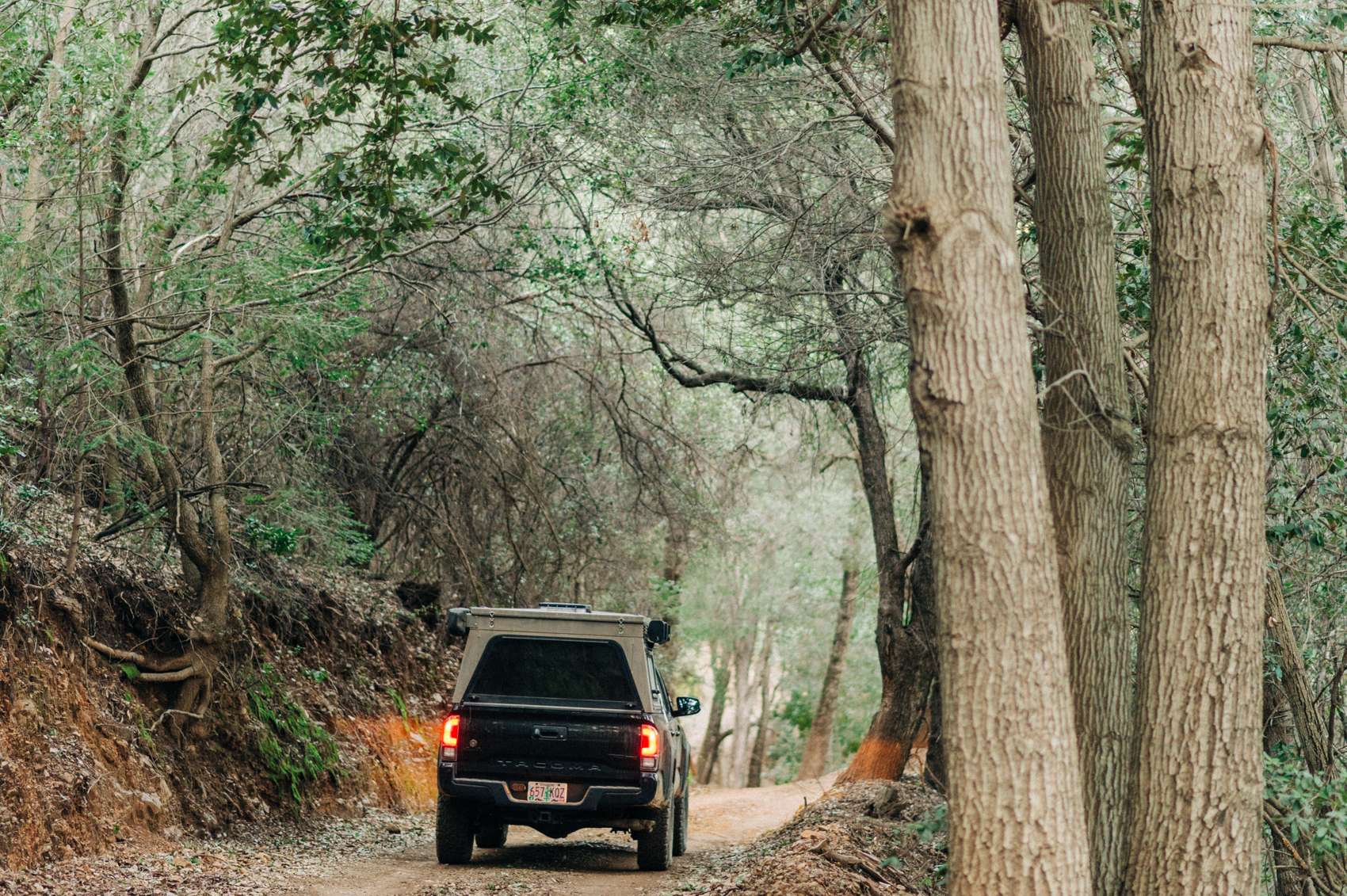